You deserve a PMS free life! Get the latest recipes & lifestyle tips to bring your body back into balanceSign me up!
You are here: Home / Recipe / Golden Milk Elixir
Share Tweet Pin G Plus Email 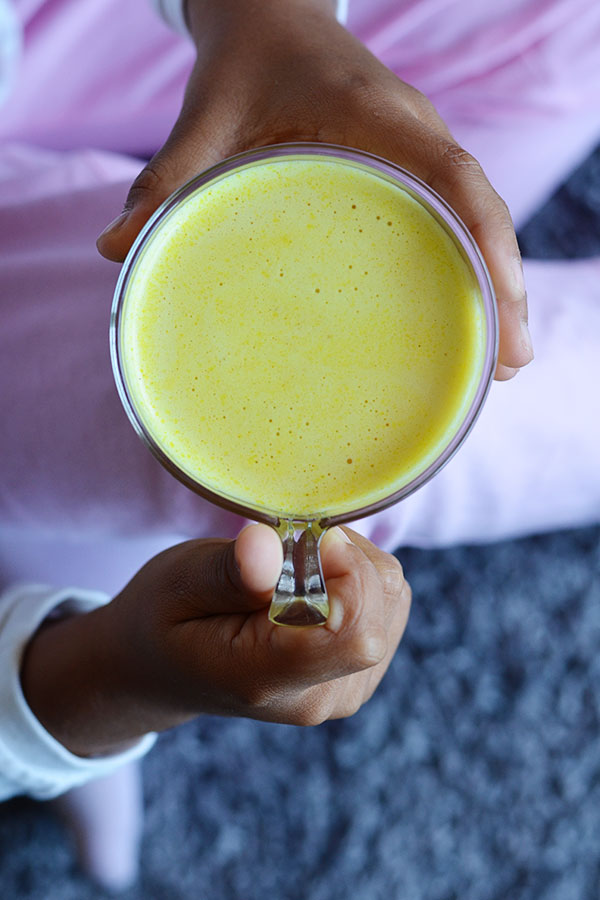 Golden milk is an ancient ayurvedic remedy that boosts your immune system helping to combat colds, cough, inflammation, joint pain and so much more. It’s so delicious even your kids will ask for more! 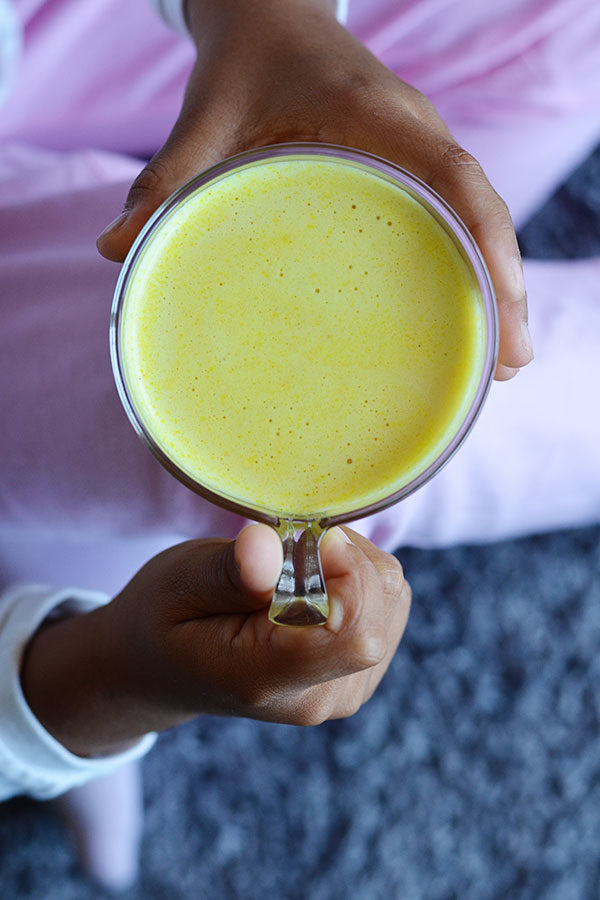 Last winter I shared my family’s natural remedy for cold and flu season so you should know by now that I am a sucker for natural remedies. I even have a board on Pinterest solely dedicated to Natural Remedies which you should definitely check out.

When I discovered golden milk, a traditional natural remedy made from turmeric

and used in Indian households for cold and flu I just had to give it a try!

I can report that it works splendidly! My family has been drinking both elixirs to keep those winter bugs at bay. 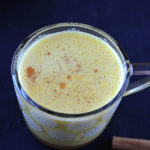 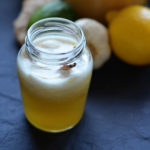 While discussing this recipe with my mom she mentioned that after giving birth to me her grandmother had her drink a cupful of turmeric milk daily.

I was delighted to hear that!

So you see Golden Milk isn’t some kind of new age hype or hippie remedy. This concoction has been around for ages and we can all be happy to pass this remedy down to our children. 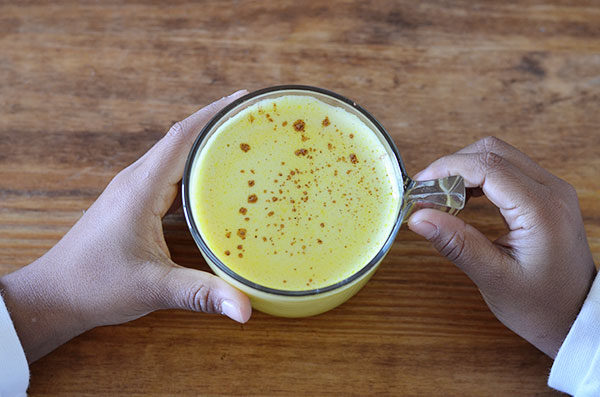 As an introduction to golden milk I suggest you try the simplest of golden milk recipes. That way you can see how your body reacts and decide if you like the taste.

with ¼ teaspoon black pepper , 1 tablespoon of ghee or coconut oil and 1 cup of warm milk.

My family has a glass of this golden milk elixir every night before bed so I have found it much more convenient to make a turmeric paste beforehand. 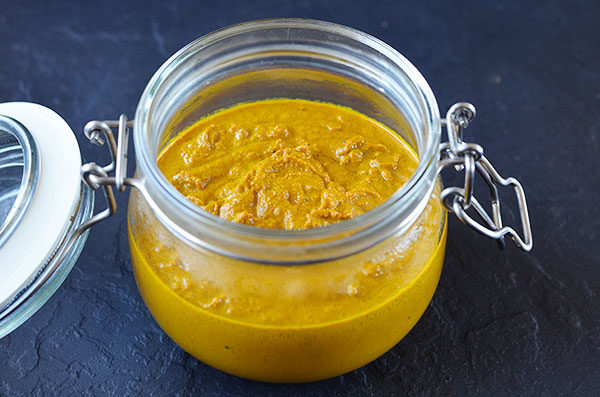 In tinkering with this recipe I’ve found that I like my golden milk spicy. The spicier the better in fact. So I also add cardamom

and cloves to my golden milk.These spices are optional but make for a golden milk with real ‘bite’. 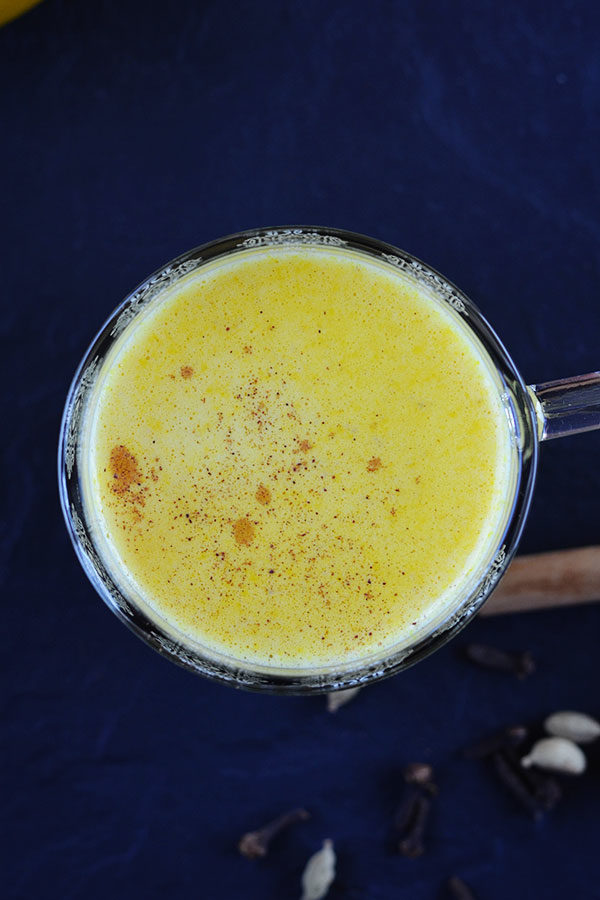 This delicious warming drink is especially comforting in the winter. It will warm your body from the inside out and help to promote a restful night’s sleep 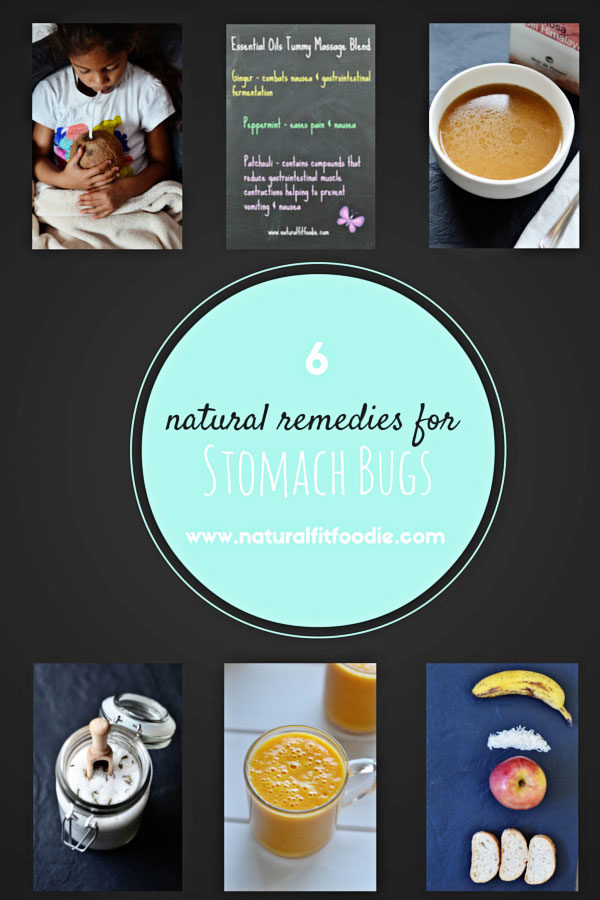 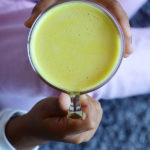